If you are a new reader, you might not have read the first installment of the legendary Lady Estrogen and Jeremy London imaginary conversation. Have a quick read, because like most sequels, apart from being tragically inferior to the original, previous plot lines are often referenced, so to have seen the original BEFORE the sequel is usually a good idea... unless you like being confused... if so, by all means, read on.

Lady Estrogen is sitting in a dark leather chair with an identical one across from her and a low coffee table sits in between; she is waiting for Jeremy. She is leaning over the table, reading the newspaper when he arrives and he collapses into the opposite chair with a deflated sigh.

Lady Estrogen: Welcome back! How was your trip?

Jeremy London: Exhausting and a little bizarre; I'm still recovering from it all.

LE: So, visiting your fans wasn't what you thought?

JL: To put it mildly.

LE: Well, don't keep me in suspense - show me the damn photos!

JL: OK, so the first stop was to meet Barbara in Ohio. She was ready and waiting when I arrived. 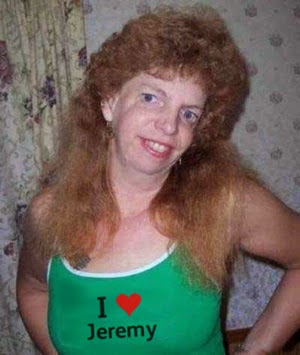 LE: She did her hair all pretty like, just for you. Aweeee.

JL: She slobbered on me... (winces) and it tasted like spam.

JL: Then this guy, Darren, told us to meet him in the forest somewhere in Northern Michigan; it was a little off-putting.

JL: He asked if he could kiss my pegasus. I still don't know how he knew I had a pet miniature pegasus. 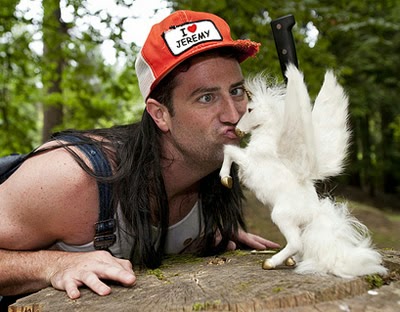 JL: YES! What the hell would you call YOUR pet pegasus?

LE: I never really thought about it. I'm just impressed by your alliteration skills.


LE: What can I say? You bring out the best in me.


JL: AAAANYWAY, we then met up with this Raymond character in Sault Saint Marie. His house smelled like moth balls and dirty boxer shorts; I tried not to be more than 4 feet from any given exit route.

LE: I like his glasses - très sexy. Are they Transition lenses?

LE: What? It's a genuine question.

JL: I don't fucking know, nor do I care. I'm just relieved I got out of there without him pushing me into a hole in his basement.

LE: I would have saved you. 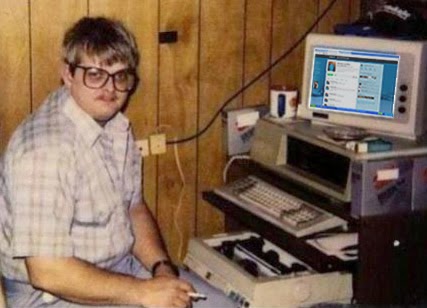 JL: Whatever. After I left his place, I took a hot shower and scrubbed the creepy off me.

JL: Thanks for that; I think I just threw up in my mouth a little.

LE: It's one of my many talents; I've gotta be me.

JL: Please, for the love of fuck, don't start singing.

JL: Then, we made it to Toronto just in time to witness the Slut Walk; it was good times.

LE: I'm sure you were a big supporter.

JL: Anything for a good cause, right? I tried to enjoy it from a distance. 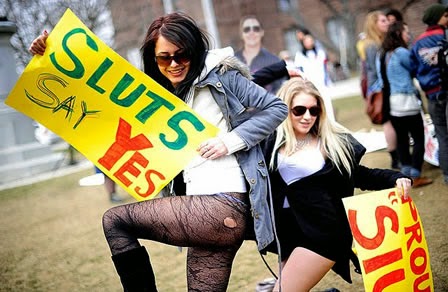 LE: What's wrong? Too scared to mingle up close with the local sluts?

JL: I never said I was a man of the people... just a man FOR the people.

LE: You should know better than to try and sneak a movie quote passed me. I mean, really, Jeremy. It's like sometimes you don't know me at all.

JL (rolls his eyes): Anyhow, I have to get going.

LE: You just got here! You're always in a hurry when you come meet with me.

JL: What can I say? YOU bring out the "I just remembered I gotta be somewhere else" in me.

LE: It's a fine line between love and hate, isn't it?

JL: Yup. I balance that shit like a ginger midget on a tight rope.

LE: You just HAD to throw in a midget reference, didn't you?

JL: It's all apart of that same fine line.

JL: Don't try to bring that stupid shit up with me again, I'm NOT going to do a movie about cunt dragons.

LE: Even if it was an Arthouse flick?

JL: Look at my face.

JL: What is my face telling you?

LE: That you're annoyed with me and ...also? That you actually love cunt dragons. Am I right? 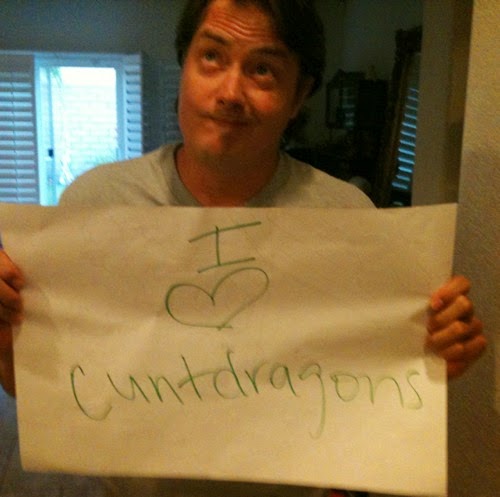