Where life plans go to die

I have never been good with attitude of "whatever happens tomorrow, happens". Fuck that. I need to know not only where my next meal is coming from, but where my next 1000 meals are coming from, at least. And I've always been that way.

I knew in University that I'd be a salary girl. A few of my fellow artist classmates were adamant on going the freelance, suffer-for-your-art route, but the mere thought of that made me twitchy.

Even as a child, I would get stomach pangs in the middle of the night because my father was SO CHEAP and would obsess about money so frequently that I was convinced that we were going bankrupt and we'd become homeless at any moment. Turns out, we were doing just fine. THANKS FOR THAT, DAD.

It's not that I'm obsessed with money or wanting to be rich; I just want to be "stable". The last few years with the twins has been a reality check and I somehow managed to accept the fact that we'd be dipping into the red every month until the boys started full time school -- which would be this September, 2013.

Husband and I had been calling it FREEDOM 2013 pretty much since 2008. From the latter part of 2009 until the day I lost my job in November of last year, we had been paying FIFTEEN HUNDRED DOLLARS a month in childcare.

That would have all gone away next week.

Oh my fucking god, we could finally start paying off our other debts! Perhaps pay off our mortgage a little faster. Or actually contribute to RRSPs for us, or RESPs for the kids (which is laughable at the moment). We were going to have $1500 EVERY MONTH to do whatever the hell we wanted. I had been fantasizing withdrawing that amount at the end of September and rolling around in it; I was totally going to do it too.

See? That pretty much would've been me . . . except with Canadian money, obviously.

And I was OK with waiting for that. It was an achievable goal. There was going to be an end to this annoying clusterfuck that is "not having enough money for the Lightning McQueen underwear that the boys want". Even as I write that, I realize it's a "first world problem" but nevertheless, it was a problem for me.

My boys, at 4 years old, have already begun asking me if things are "too much moneys" for them to have, and it truly breaks my heart. I see history repeating itself, except this time it's a real issue.

I should be getting emotional about my babies going off to big boy school next week, but it's really being over-shadowed by all this crap, and I hate it. So, I'm trying my very hardest not to still be bitter about losing my job, but even in my worst case scenario, I didn't see myself STILL being unemployed by this time. And yet here I am.

Unsure about tomorrow and freaking right the hell out.

Posted by Lady Estrogen 13 comments:
Email ThisBlogThis!Share to TwitterShare to FacebookShare to Pinterest
Labels: Lady Rants, motherhood, My life is over 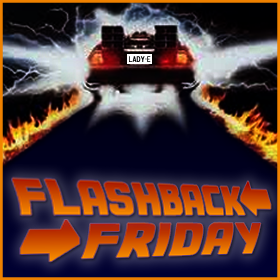 You Have Lipstick On Your Teeth

There's this crazy lady, you may know her by The Bearded Iris. Anyway, she contacted me a while back to see if I wanted to submit an essay for a collective book she was putting together and editing. It took a lot of effort but I actually managed to get off my arse and offer up one of the more personal stories about womanhood and motherhood (more specifically, my vagina) and about 30 seconds before the final deadline, I sent it in.

And after months of The Bearded One (a.k.a. Leslie) wasting away as she edited this fabulous book that consists of 39 essays/short stories by ladies of who I am honored to be listed along side every one of them.

Please check it out on Amazon and buy it in paperback or Kindle. We need lots of reviews so get reading, laughing . . . and maybe gagging a little . . . but in the best way possible, I promise!