I've always had issues with the Amish and Mennonite ways of life, ever since I was a teenager and spent a week with a Mennonite family and I was all like, "Your shit is ridiculous!" They fascinate me in an infuriating way. Don't get me wrong, I have issues with pretty much all organized religion, mostly for all the same reasoning: hypocrisy. Anyway, since the first time I saw that there was going to be a show called Breaking Amish, I absolutely knew that I would have to watch every episode. With the controversy that it's mostly "staged" (aren't all "reality" shows staged?), I take it with a grain of salt, but there are some core conflicts about the Amish way of life that have been addressed -- ones that drive me to literally eat my hair (I do that when I'm stressed; I realize it's disgusting, let's move on, shall we?). I thought instead of streaming a list of complaints, I made some illustrations for your viewing pleasure . . . 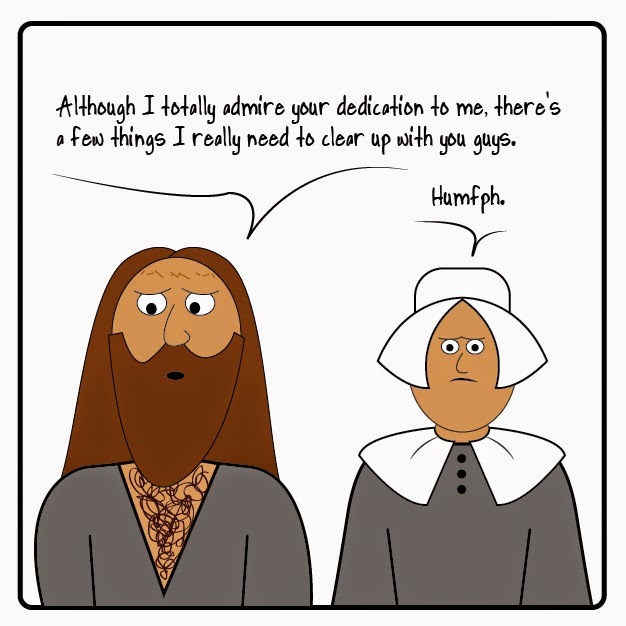 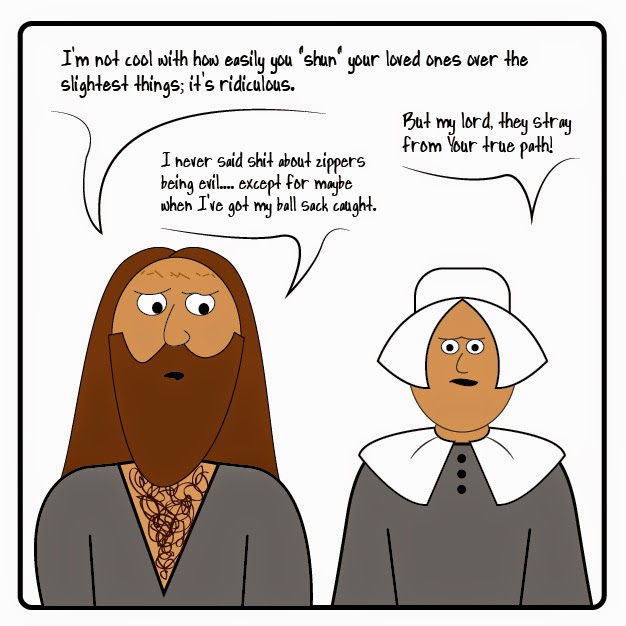 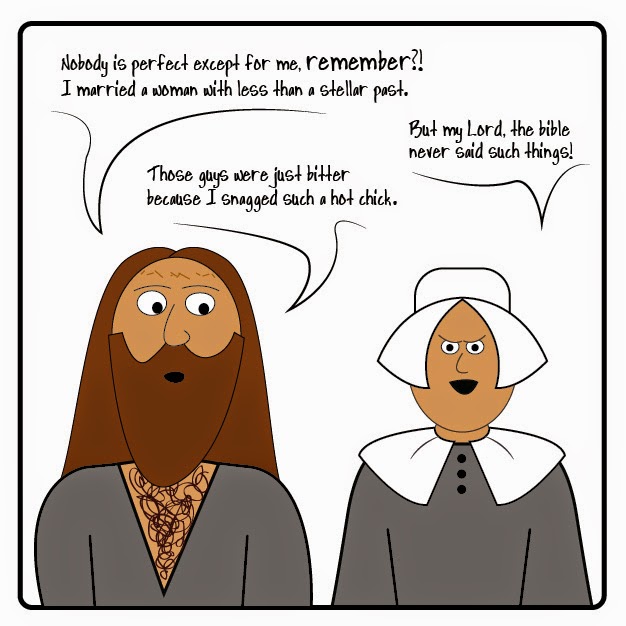 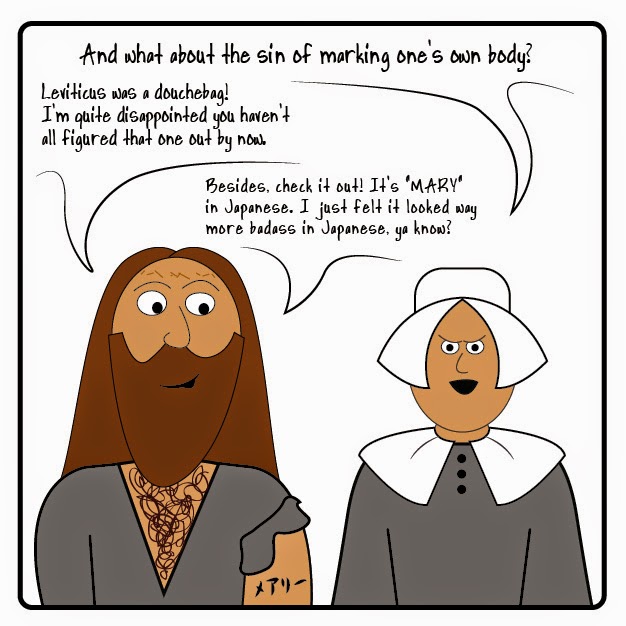 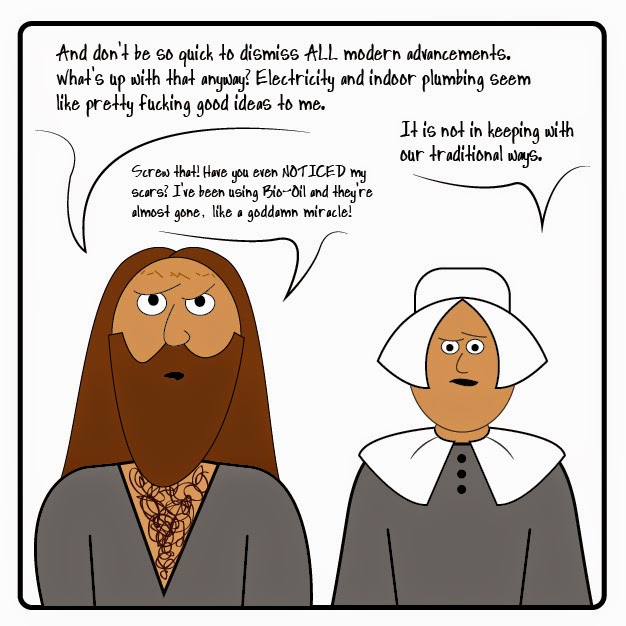 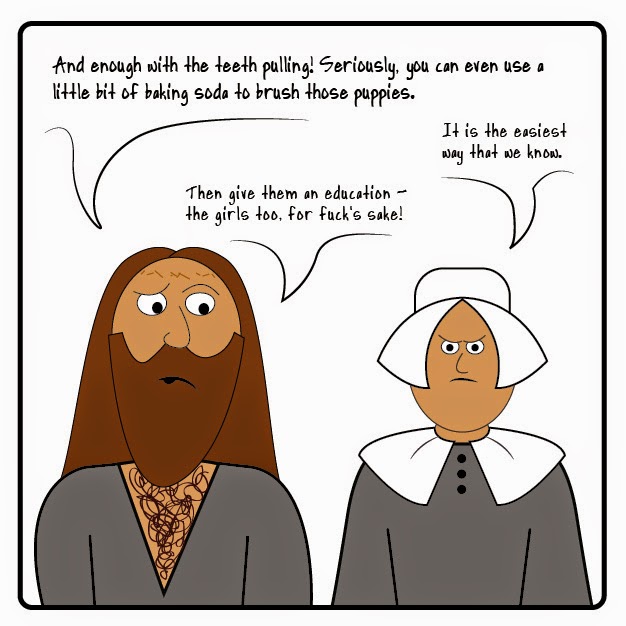 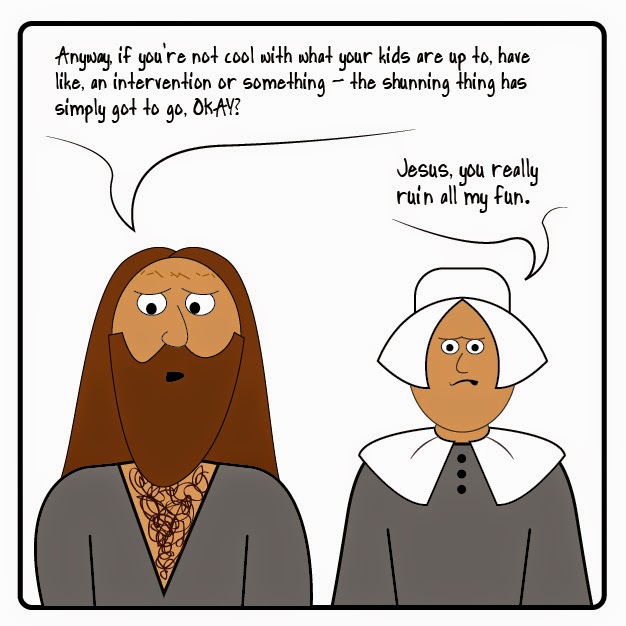 And that's all I really have to say about that.