I Wank for Red Bank!

Ever since the first time (and subsequently the 1000th time) that I watched Clerks, Chasing Amy, Dogma and Jersey Girl Jay & Silent Bob Strike Back Clerks 2), I knew that one day I would have to make the trip down to Red Bank, New Jersey.

We first punched in the address from Manhattan, NYC to the Quick Stop in Leonardo, New Jersey and off we went. Since I was still suffering from a moderate hangover from BlogHer, I slept most of the way. As we finally approached this View Askew landmark, even my husband said he got half a stock. Sweet! 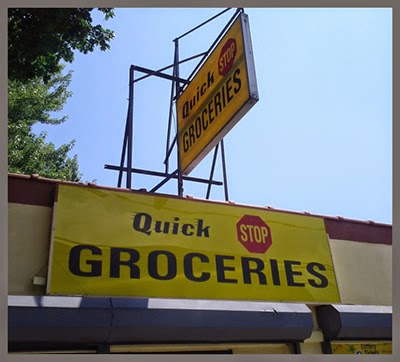 I bought a Starbucks iced mocha and some mints. The cash register was the same one and when it "chu-chu-chinged" I was pretty fulfilled, both spiritually and emotionally.

It is currently a vacant shop where the video store was during Clerks. This graffiti was on the window, which I felt was quite appropriate since it gave me an excuse to yell, "BUNCH OF SAVAGES IN THIS TOWN!" 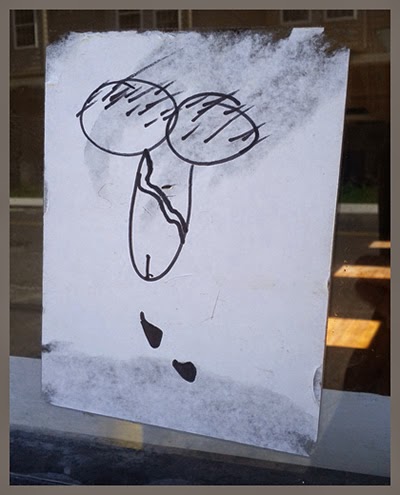 There wasn't much point in hanging around, so off we went to Red Bank to shop at Jay and Silent Bob's Secret Stash. Seriously, is this how kids feel when they go to Disney World? Because I was so fucking giddy that I was probably a bit out of control... especially when we crossed the street and saw this sign in the front window... 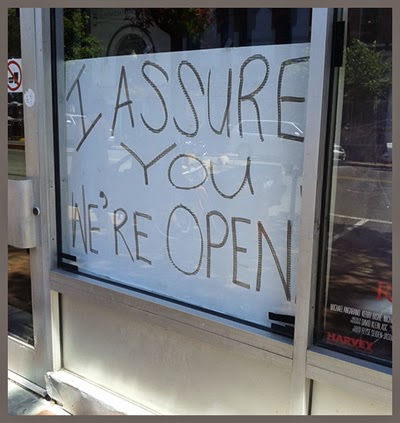 So, this one was done with a marker and not shoe polish, but it's still awesome nevertheless.
Then we went inside and immediately got ignored by Walt. It was like being with family! 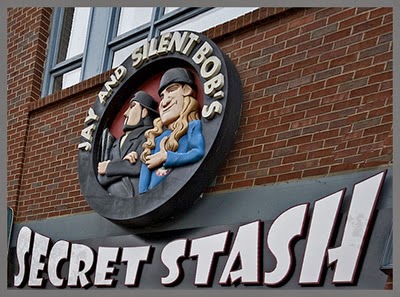 Ahhh, Brodie. Remember when Jason Lee was a hot piece of ass?
Before he had a son and named him Pilot Inspektor? (Shaking my head) Yes, back then! Yum.
When I saw this sign on the wall, I yelled, "Your mother's a tracer!"
and my husband side stepped away and pretended like he didn't know me. 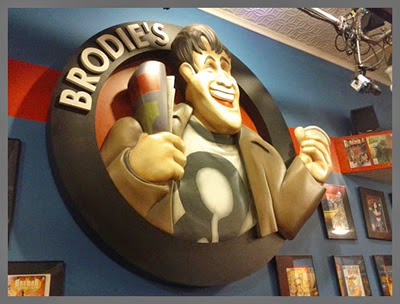 In the very back of the shop, the life sized Buddy Christ stood reverently behind glass.
It's probably the only Jesus statue I have wanted to kneel before in about 2 decades. 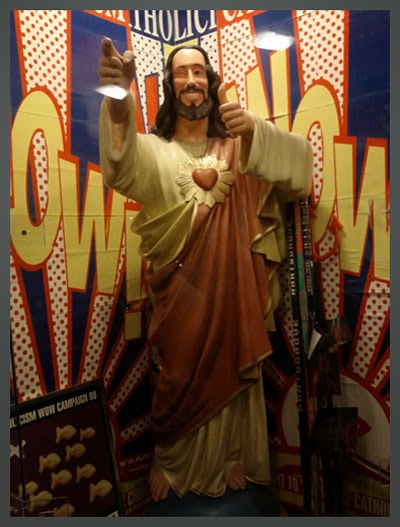 It's all about the details: I saw this at the bottom of Buddy Christ and laughed... very loudly. 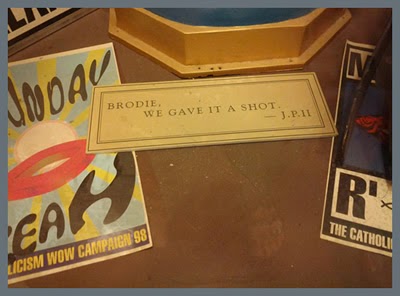 And this poster? By fuck, I want it. I had a Catholicism WOW! t-shirt (and a mini Buddy Christ) when Dogma was first released, but this is so much better than that. Also, posters are one size fits all, and that works in my favor too. 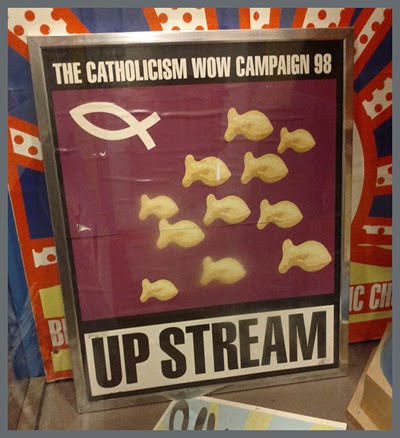 I did manage to get the Leonardo t-shirt that I was hoping for, as well as a Leonardo dancing bear sticker for my car.
I think my husband enjoyed being dragged along too, if for no other reason that to witness his wife behaving like a ridiculous awe-struck adolescent.

But all gawking aside, seriously, Kevin --
you, me and Lauren Collins need to get shit sorted out for the Last Scion idea that I have, for real.
Have your people call my people. I'm on The Twitter.