I have a confession. When I shop alone, I often go to the "family planning" section to parooze all the flavored lubes and massage oils that I can't afford. It's just something I like to do – maybe to keep myself in the loop, I don't know. Anyway, the other day I was in the shop doing what I do when I came across a product that I hadn't seen before. It's called Zestica and it's meant to help with fertility. The product itself wasn't what caught my eye (because seriously, I don't need fertility help) but it was the main product benefit that raised my eyebrow. See exhibit A that I found on their website: 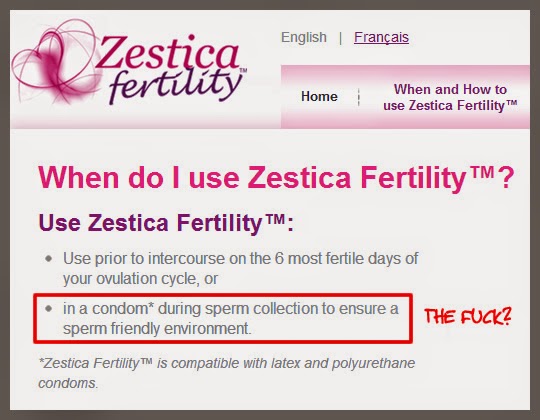 Umm, yeah. So, sperm collection, eh? I thought that was done into a sterile plastic cup, or, hummm, I don't know... A VAGINA? Could you imagine walking into a fertility clinic with a knotted up used condom and saying, "Here ya go, Doc. I'd like to make a baby with what's in here." Eww.

The other issue I have is . . . why are they talking about condoms at all?

As far as I'm concerned (or maybe it's because I watch too much television), but there's only one other "logical" reason why this product would ever be used in conjunction with condoms, and it looks a little something like this... 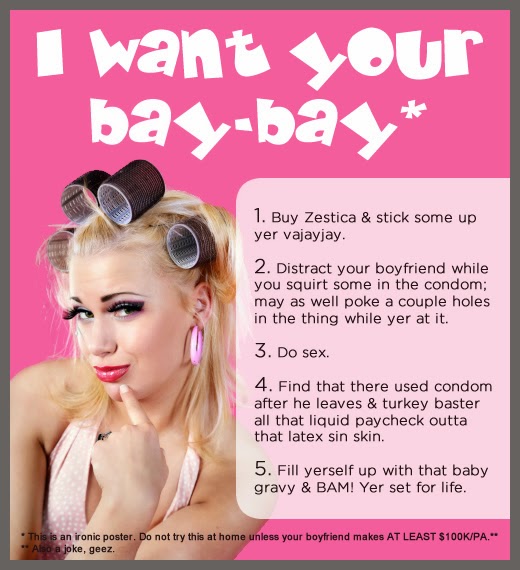 Yeah, that's what I thought.